Deng Jinming of Kingdom Healthcare-----the Pathfinder of Healthcare Products，21 Years of Deep Cultivating in the Realm of Healthcare!

Consumers may not be familiar with “Kingdom Healthcare”, but when it comes to “ABC”, it is almost known by one and all. Kingdom Healthcare, to which the brand of “ABC” belongs, has two founders who are affectionately called “A Deng” and “B Deng” by outsiders, while “B Deng” is Deng Jinming who is a native of Nanhai District of Foshan. Over the past 21 years, Deng Jinming has always adhered to his industrial way and deeply cultivated in the field of healthcare, aiming at consumers’pain spots and constantly developing new products; he’s also strived for perfection and adhered to the quality, leading Kingdom Healthcare’s brands to rank top three in the subdivision field. 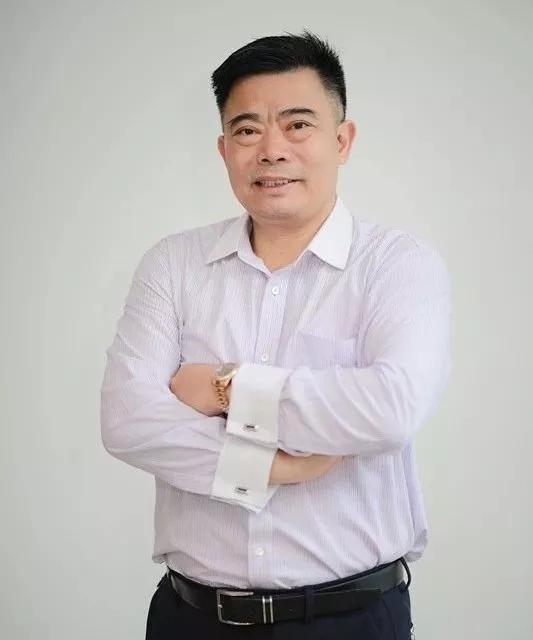 Time went back to 1998. With the continuous improvement of living standards, Chinese women’s awareness of health care continued to raise, and the penetration rate of feminine hygiene products was increasing as well. However, Whisper, Stayfree and other big brands had already occupied most of the domestic market of feminine hygiene products, while the remaining small brands had almost no market due to their poor quality.

Sensitive to the market, Deng Jinming predicted that female consumers in China would continuously raise the requirements of the functionality, comfort and health of feminine hygiene products. “We must focus on the middle and high-end markets to meet the individual needs of consumers in terms of the product concepts, the product comfort and so on.”

China’s economy has, currently, shifted from the high-speed growth phase to a high-quality development phase. Thus Deng Jinming believes that Kingdom Healthcare’s adherence to R&D and innovation, and the promotion of high-quality hygiene products are just following the path of high-quality development. “Only by stepping on the drumbeats of the times can we stand more and more firmly in the market.” As the latest data shows, Kingdom Healthcare and its wholly-owned subsidiaries were awarded the honorary title of the “Enterprise of Tax-paying over 50 million yuan” in Nanhai District in 2018, adding up to over 100 million yuan in tax payment.

At the beginning of the 20th century, when Deng Jinming went out to do business, he saw female staff members busy themselves signing bills at the desk. He witnessed that women didn’t wash their hands before going to the bathroom to use sanitary napkins during their menstrual periods. “Would it be not more susceptible to infection when the bills carry a large number of bacteria and women are more vulnerable in their period?” At that time, Deng Jinming thought if he could produce a sanitary napkin with bacteriostasis.

Later on, Kingdom Healthcare conducted a large number of market research and found that women often suffered from the fidgets and stuffiness during their menstrual periods besides the health problems. For this reason, Kingdom Healthcare specially innovated the KMS health formula, adding bacteriostasis to sanitary napkins and bringing a refreshing and cool feeling to women. This formula is still in use today after many improvements. 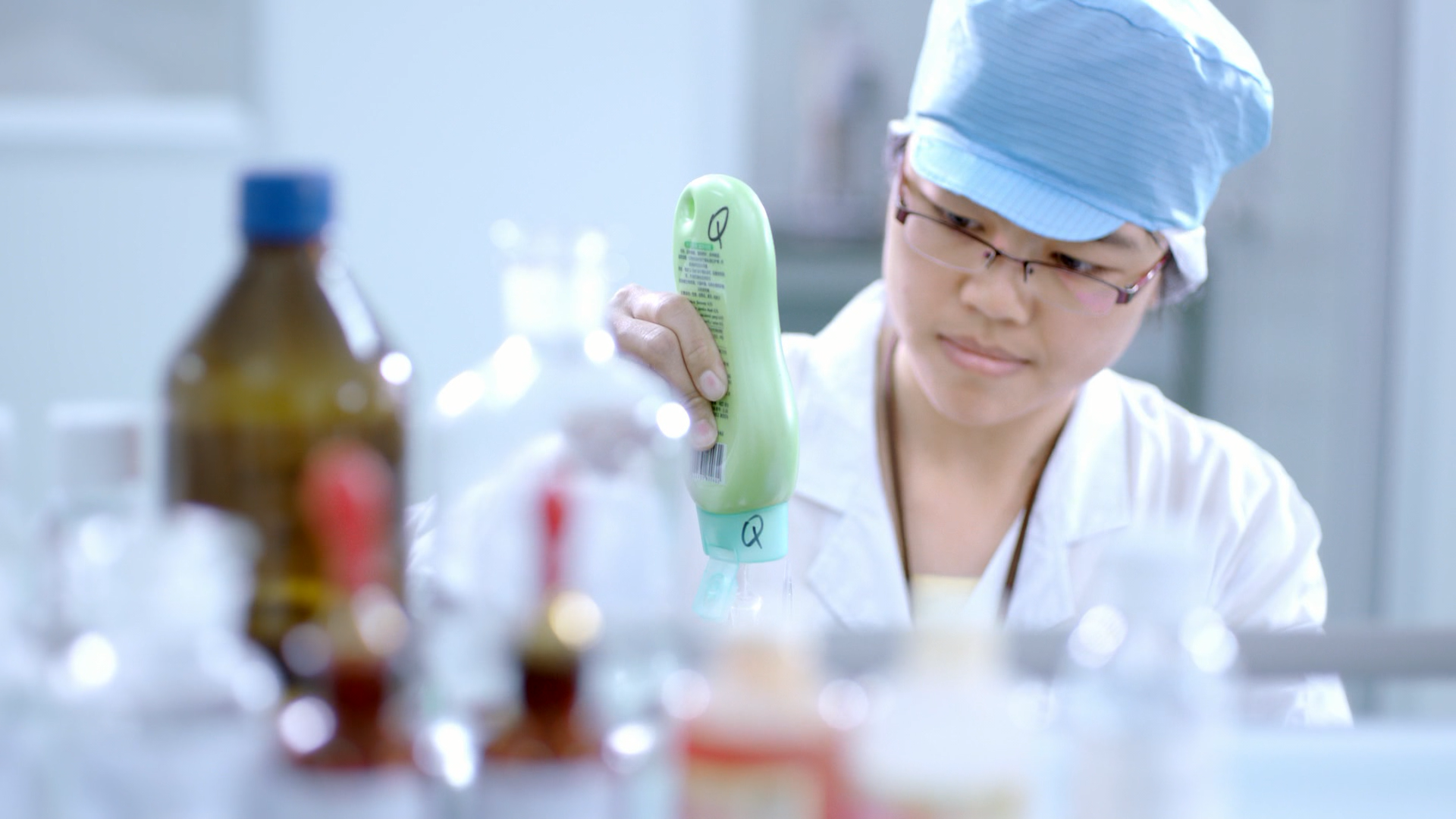 This is an epitome that Kingdom Healthcare insists on R&D based on consumer demands. Deng Jinming admitted: “We, Kingdom Healthcare, don’t just produce the products with the technology owned, but study first what kind of products consumers need, and then research and develop them.”

Kingdom Healthcare discovered in the research that poor permeability of sanitary napkins had all the time been frustrating female consumers. Deng Jinming led the R&D team and introduced the blue-chip design to the penetration, soon leading the industry trend. He recalled: “At that time, I borrowed the blue-chip design from the ideas of leather, clothing and other industries, and combined with demands to improve production equipment, successfully introducing the blue chip into sanitary napkins in the end.”

The blue chip is an infiltration material of high quality that can quickly introduce the liquid on the surface into the absorbent layer inside the sanitary napkin，thus ensuring the dry and comfortable surface of the sanitary napkin. Zhang Weiming, chairman of GDXL Technology Co., Ltd., commented on Deng Jinming’s innovation ability: “He is very active in thinking and adept at connecting irrelevant things, which enables him to innovate constantly.”

It is with the entrepreneurial spirit of being bold and innovative, Deng Jinming leads Kingdom Healthcare to continuously innovate and promote the high-quality development of the company. A number of innovations such as “easy-to-pull sticker” aluminum film packaging, tea tree essence formula, natural cotton sanitary napkins, etc. have made Kingdom Health popular with consumers in the market. Ultimately, it is because Kingdom Health meets the growing demands of consumers for a better life.

Spreading of a good reputation requires strong confidence, while the confidence for Kingdom Healthcare roots in strict control of product quality. Taking the R&D of pure cotton sanitary napkins as an example, in order to ensure the reliability of raw materials, Deng Jinming successively went to the US, Japan, Xinjiang in China and other places to investigate the cultivation of cotton production bases. “I was a peasant, so I have an innate advantage in judging the materials. I must select the best cotton as the raw material around the world, guarantying the reliability of product quality from the raw material. 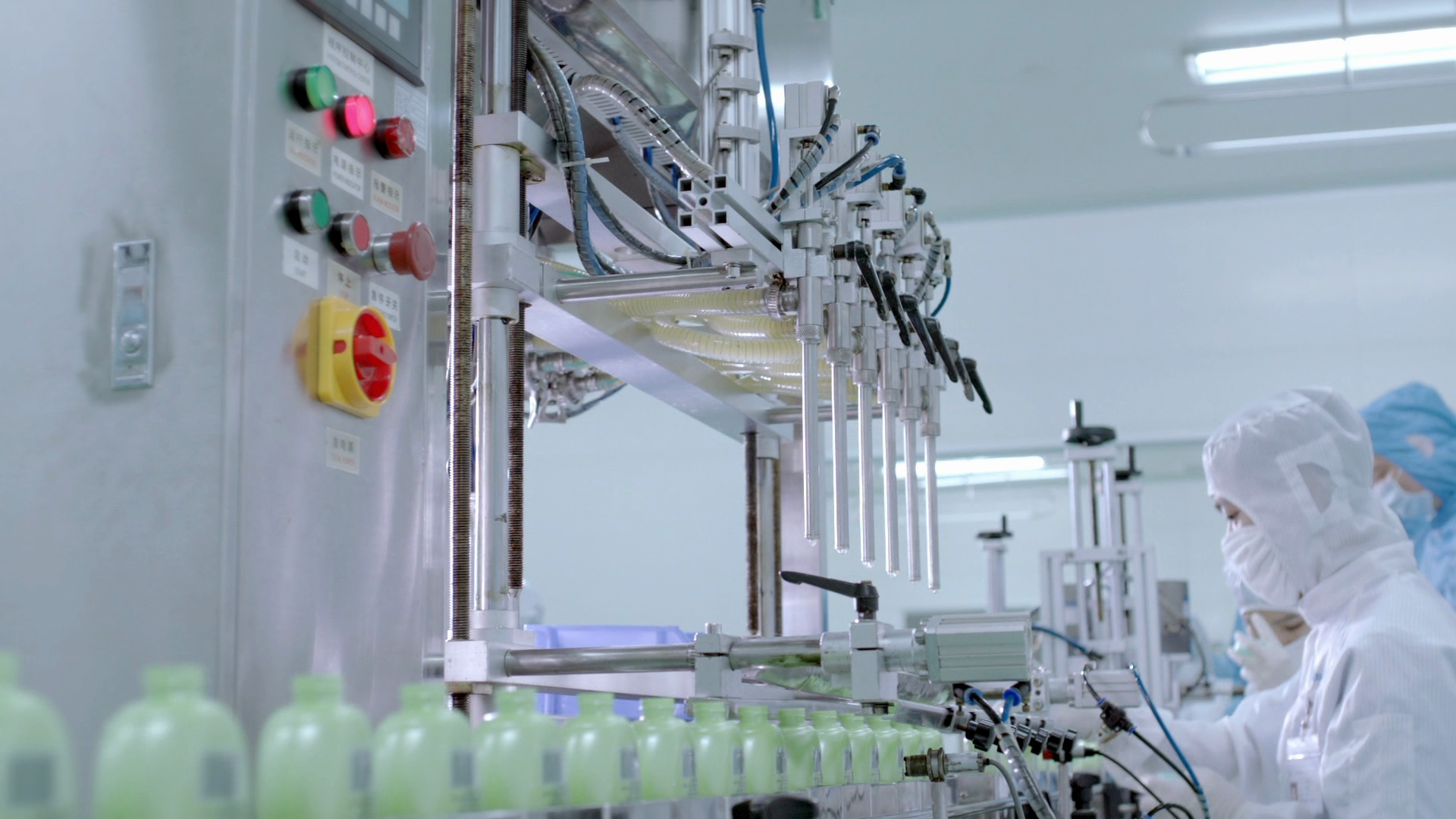 The company also requires high-quality management methods to achieve high-quality development. For the sake of the strict quality control, Kingdom Healthcare designed the purification workshop in accordance with Good Manufacturing Practices for Pharmaceutical Products, equipped with perfect production equipment, independent experimental area and complete testing instruments, and established a sound quality control and production management system. In terms of quality management, Kingdom Healthcare applied a dedicated management platform for quality monitoring. Deng Jinming introduced: “We never relax any aspect of production and the responsibility system at every level runs through every aspect, to eliminate any problems that may arise. Otherwise，we use incentives to reward employees and fully mobilize the enthusiasm of employees.”

Kingdom Healthcare also takes an unusual path in marketing. Unlike the ordinary salesmen who often promote the products first when consumers enter the supermarket, Kingdom Healthcare’s sales strategy is to make small talks with consumers first, leaving consumers in its sales area. “We have faith in ourselves that, as long as consumers know about Kingdom Healthcare's products, they will purchase them.” Deng Jinming said that it was by virtue of the good reputation that, ABC brand products has grown rapidly in the domestic market.

Kingdom Healthcare has also cooperated with the UNDP in carrying out public service activities and walking into remote areas to raise awareness of female healthcare. Guo Huazhong, chairman of Guicheng Council of Love in Business and chairman of Guangdong Ruizhou Technology Co., Ltd., said: “As an entrepreneur, Deng Jinming loves to do philanthropic work, not only leading the company to participate in charity, but also conducting charity activities in his own name.”

Nowadays, Kingdom Healthcare’s four major brands, ABC, Free, ABC's BB, and EC are independent of one another and conduct differentiated management with clear positioning. Among them, “ABC” ranks in the top three in the domestic sanitary napkin market, and meanwhile the Free series has also become a senior brand familiar to consumers.

Deng Jinming is a sagacious man. He grasps the pulse of the times and sees the problems thoroughly. In addition to diligence, he also has superb management skills and is able to accomplish a large number of tasks with ease every day. Furthermore, he has a strong sense of social responsibility actively contributing to charity.

——Guo Huazhong, Chairman of Guicheng Council of Love in Business

The article was forwarded from Foshan Daily